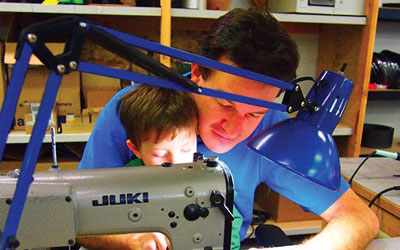 Kelly Farrington, grew up in Eastern Oregon and Western Washington and has been interested in parachutes and skydiving since he took his first observation ride at his aunt and uncle's DZ [Kapowsin Air Sports] when he was 6 years old. He's always been drawn to the equipment side of the sport, starting with building functional, scale ram-air parachutes when he was 13 years old, then working for Vertigo BASE, Relative Workshop, PD, and Northern Lite Enterprises, which turned into Velocity Sports Equipment.

Kelly is a D license holder, senior rigger, and private pilot currently residing in Central Oregon. One of Kelly's most notable accomplishments is the design and construction of the harness container system used by Felix Baumgartner in the Red Bull Stratos Project jump from space in 2012.

"Pretty much my entire life has revolved around some form of aviation and tinkering with mechanical objects.I can be found at a local airport, in my shop/garage working on a project or at work trying to catch up." 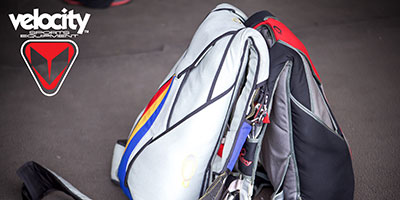 My new Infinity is fantastic and the customer service was excellent.