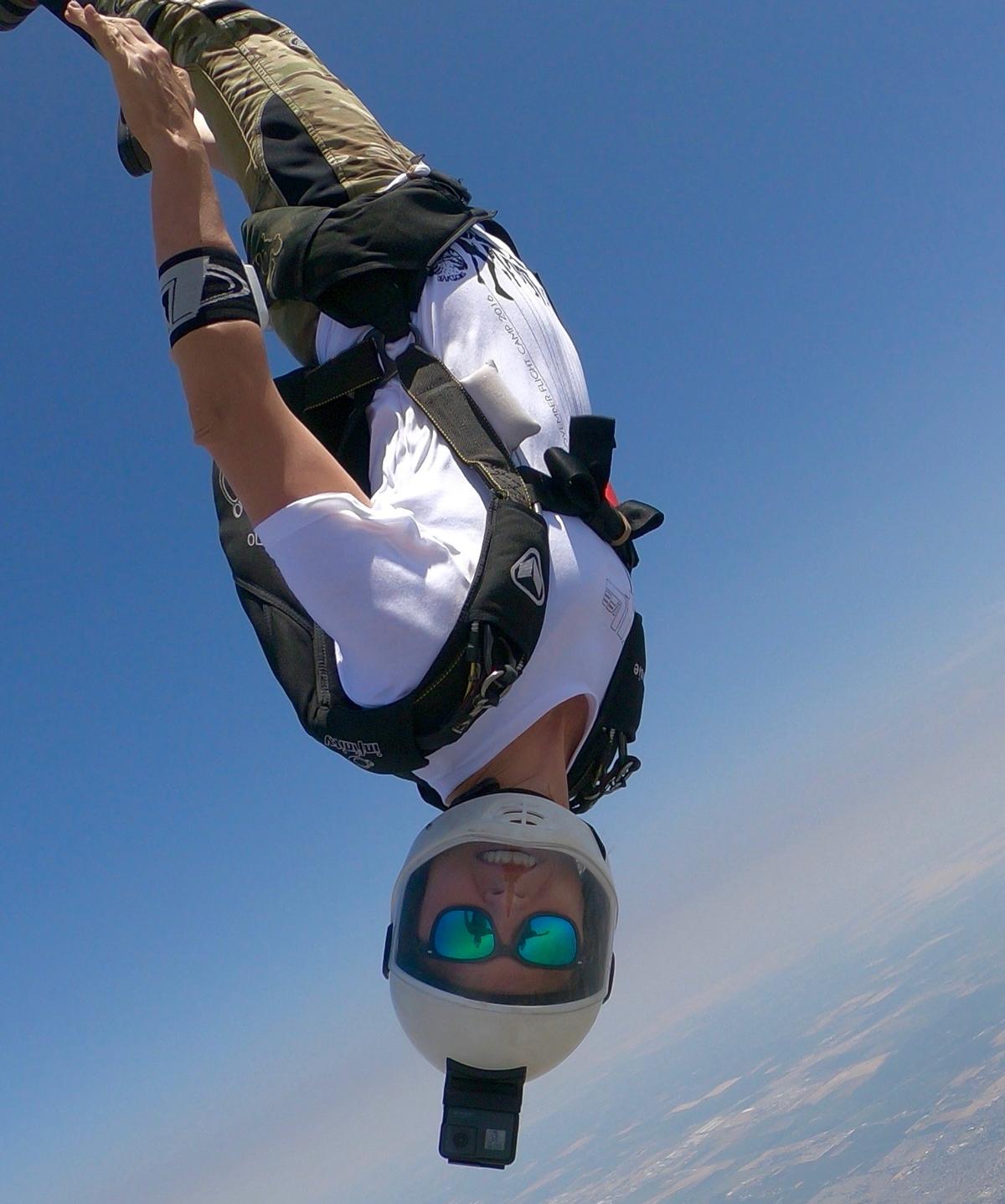 Bio:
I found my sport when I made my first skydive in Snohomish, WA in 2008. The risk and adventure lured me in, but it's been the community and people that have had the most profound impact. I like to challenge myself to get better, which is why competitions and records are exciting, but the sunset loads with your crew is where it's at. I am continually learning how to fly my body and canopy, and I like to take photos, too!

Fun Facts:
I was a static line student.
I learned how to fly straight head-down in the sky before stepping foot in a tunnel.
My son made 122 skydives in my tummy, including a world record.

Just got my rig back from repair, earlier than expected with all the work done as agreed and my rig looking great.