I love my Infinity rigs for the comfortable fit, secure design, and lifelong durability. I've owned five Infinity's over the last 20 years (the sixth is on it's way) and made thousands of jumps on each of them. The ability to make multiple daily jumps without tiring of harness wear is a great benefit. The freedom to know that whatever the orientation or type of jump, I can trust my Infinity to remain secure is liberating. One of my Infinity's I actively jumped for 18 years and another I put almost 2,000 jumps on in just over three years. Neither of those harness/containers show the type of wear that would compromise safety, and both are still in service. Lastly, the team at Velocity Sports Equipment are wonderful and provide great personal customer support.

I joined the US Army in 1987 and over my career I served as both Static Line Jumpmaster and Military Free Fall Jumpmaster before I retired in 2009. I started sport skydiving at Kapowsin Air Sports (now Skydive Kapowsin) in spring of 1996, making almost 400 jumps by the end of that year. I started working in the sport the following year by shooting tandem videos and earning my Static Line Jumpmaster rating, then the next year earning my Tandem Jumpmaster rating. Eventually, I upgraded those Jumpmaster ratings to Instructor ratings and added IAD and AFF Instructor ratings, as well as a PRO rating. Over my skydiving years I have at least tried almost every discipline and have competed at least locally in most of them, most notably competing in Open Class at US Nationals of Canopy Piloting from 2009-2012, even being invited from the alternate list to join the US Team for the 6th FAI World Cup of Canopy Piloting in 2011 (I declined the invite). In more recent years, when not working at Skydive Kapowsin, I train for and travel to participate in freefly big way, sequential, and record events as well as for specialty and XRW events. Around the northwest I organize freefly, XRW, and wingsuiting, and I am the main organizer of the current Washington Head Down and Upright records, as well as the current Oregon Upright record, with plans to go bigger in the coming years. When I'm not skydiving, I'm a single father of two teenagers that know how to pack (but couldn't be bothered to) and have interest in eventually learning to skydive themselves. In my free time I recently earned my Private Pilot certificate and am working on my IFR rating and Commercial certificate. 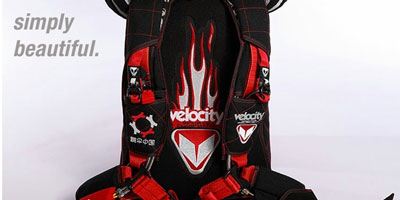